The Night to Remember: Ride Harley, Fly Airbus programme was featured in today’s The Star (Center Spread of Metro Section). Interesting write-up by Ms Tho Xin Yi and one of the photo (kids in the bus) was taken by ME! 🙂

For full report of the event, you may view this post here.

Below is a snapshot of the article (click on it for larger version):

An online version can be viewed here.

From The Star Online

Tuesday May 12, 2009
Underprivileged youngsters treated to a 25-minute flight over KL
By THO XIN YI
Photos courtesy of MALAYSIANWINGS

I FEEL like a king today!” Ogustian Owen exclaimed.

Chilling out at a window seat on an Airbus A330, the 18-year-old from Rumah Kids was not exaggerating at all.

Together with some 180 youngsters from four welfare homes, Owen had an electrifying night on May 1 that possibly no other would ever have the chance to experience.

Incorporating a traffic-stopping convoy, a ride on the mean-looking Harley-Davidson bikes and a free flight from the Sultan Abdul Aziz Shah Airport in Subang to KL International Airport (KLIA) in Sepang, the experience could aptly be summed up in four words: a night to remember.

Organised by MAS Charter, the event kicked off with the convoy leaving the Naza showroom off the Federal Highway for Subang airport at 8pm.

There’s our flight!: The children walking in an orderly line to board the plane.

Escorted by 25 police outriders and 80 Harley-Davidson bikes, the four buses ferrying the overjoyed youngsters had the road all to themselves with the police effectively stopping other motorists from spilling into their route.

“This is my first time being part of a convoy,” Nurul Atikah Ruslan, 17, of Persatuan Kebajikan Anak Yatim dan Miskin Al-Munirah, said.

Upon their arrival at Subang airport, the air stewardesses briskly pushed out meal trolleys and served them in-flight meals prepared by MAS caterer LSG Skychef.

As the Harley-Davidson bikers revved up their engines impatiently, the youngsters knew instantly what was in store next – a ride as pillion on the cool bikes.

“Among the programmes today, I like this the most – the bikes look so smart and the ride was fun!” said Bukhari Daud, 14, from Pertubuhan Kebajikan Anak-anak Yatim/Miskin Sungai Pinang.

Soon after enjoying the thrill of having the wind blow through their hair, the kids queued up to collect their boarding passes.

The aircraft was already waiting for them and once every one was seated, Captain Benedict Joachim gave a detailed commentary of the flight to the kids.

“Boys and girls, we will have to start Engine 1 and 2 before taxiing on the runway to prepare for our departure from Subang Airport.

“OK, we have started the engines and we are ready to move.

“We are already on the runway, waiting for the signal from the control tower to depart,” he said.

As the aircraft left the ground and soared into the night sky, all the youngsters broke into a delirious cheer.

They craned their necks to admire the breathtaking view of Kuala Lumpur by night when the plane circled the city clockwise and counter-clockwise at about 1,500m above ground, under the radar monitoring by the air traffic controller.

“I am pretty sure that a passenger on an ordinary flight wouldn’t have the opportunity to enjoy this fantastic view, and what’s more, it’s coupled with the description from the pilot himself!

“I salute the people who made tonight’s event possible; they really melt my heart,” Owen said.

During the flight, some kids flipped through the in-flight magazines, some snoozed in their comfy seats while some checked out the toilets and shared their experiences animatedly with their mates.

The 25-minute flight ended with the aircraft touching down at the KLIA at 12.37am.

The mastermind behind the event, MAS Haji and Charter assistant general manager Captain Nik Ahmad Huzlan Nik Hussain, told the youngsters: “With this event, we hope you will be motivated and inspired to work hard towards achieving your dreams.

“When you grow up, you can help others like how you were pampered today,” he said.

Throughout the event, MalaysianWings members, who sponsored part of the expenses, put their photography skills to the test by capturing every happy moment.

MalaysianWings is an aviation enthusiast and hobbyist group.

For more information on the group, visit http://www.malaysianwings.net/. 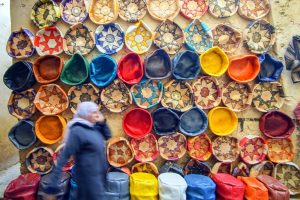 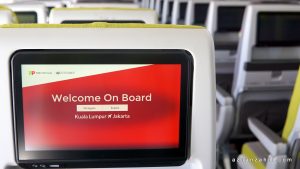 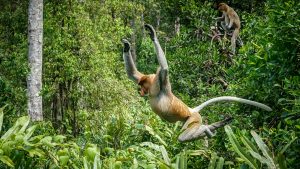